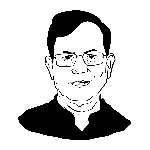 Mohammad Salim is the sitting MP from Raiganj and is up against Congress' Deepa Dasmunsi. The two had gone head-to-head in 2014 Lok Sabha elections as well, when the CPM leader had emerged victorious by a thin margin. Congress and CPM could not reach an agreement over seat sharing for the polls and their rivalry in the state might end up benefiting the BJP. Raigunj is a traditional stronghold for the Congress, with Dasmunsi and her father Priya Ranjan Das Munis holding it since 1999, before Salim beat her in 2014. The narrow win and Congress' hold in the region indicates toward a close contest this time around as well.