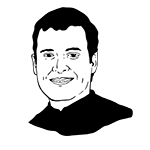 Amethi is a stronghold for Congress president Rahul Gandhi, who has been elected to Parliament from the seat since 2004. However, in 2014 BJP leader and Textile minister Smriti Irani gave him a tough contest and gathered over thee lakh votes in Amethi.

BJP has fielded Irani yet again in the hope that she will improve her performance from five years ago and snatch Amethi away from Gandhi. The Congress president is also contesting a second seat from Wayanad in Kerala, so his attention is divided between the seats, in addition to him being a star campaigner for the party all over the country.

Irani has capitalised on Gandhi's absence and has accused him of running away from a fight. For Gandhi, Amethi will be a fight for his pride this time around.