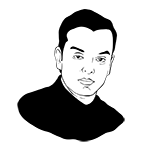 Mumbai Congress president Milind Deora is up against Shiv Sena’s sitting MP Arvind Sawant from Mumbai South, a seat considered a stronghold for Shiv Sena. Deora has got backing from Mukesh Ambani and Uday Kotak, but it remains to be seen if he can woo over six lakh Marathi voters.

Deora would be hopeful because the seat also has 3.4 lakh Muslim voters, largely in Byculla and Mumbadevi. To attract the Marathi votes in the seat, Deora has also had help from popular actress and Congress candidate for north Mumbai Urmila Matondkar, who has campaigned for the Mumbai party president. Deora also got help from MNS chief Raj Thackeray, who has asked Marathi voters to not vote for the Sena candidate.