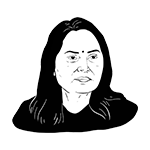 Actor-turned-politician Jayaprada is BJP's candidate for Rampur, Uttar Pradesh. She is a former Samajwadi Party MP who replaces BJP's Nepal Singh who had won from Rampur in 2014 with a vote percentage of 37 percent. The Samajwadi Party, which is part of the Mahagathbandhan in UP with Bahujan Samaj Party and Rashtriya Lok Dal, has fielded Jaya Prada's former colleague and arch rival Azam Khan from Rampur. Azam Khan had fought a pitched battle against Jaya Prada and her mentor Amar Singh in the past decade.