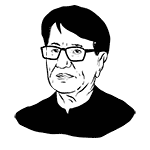 The Rashtriya Lok Dal (RLD) leader is the candidate of the Samajwadi Party-BSP-RLD alliance in Uttar Pradesh from Muzaffarnagar. He faces former Union minister Sanjiv Balyan of the BJP. Singh enjoys massive support from the Jat community in the region and will be banking on their consolidated support. However, the Jat vote remains divided. The community had voted for BJP in 2014 and allegiances will differ from village to village. As part of the gathbandan, Singh should also get the majority Dalit and minority vote as well. The Muzaffarnagar riots also loom large on the elections. Farmers in the sugarcane belt too are not pleased with Modi and CM Yogi Adityanath, with their sugarcane dues not yet cleared. Singh is also fighting for political legacy of his father, former Prime Minister Chaudhary Charan Singh, who remains a patron saint of the community and to farmers in the region.