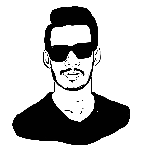 Mandya, the Vokkaliga heartland Chief Minister HD Kumaraswamy's son, Nikhil Gowda (Nikhil Kumaraswamy) contestng on JD(S) ticket. The BJP has announced its support to his rival, Sumalatha. More trouble awaits Nikhil as Congress workers are reluctant to work for him. They are upset by the party's decision to cede Mandya, once a Congress stronghold, to the JD(S). JD(S) supremo HD Deve Gowda is worried that the Congress is playing a double game in Mandya. The JD(S) had engineered a mass mobilisation of the Vokkaligas against the Congress in the assembly elections last year, leading to the defeat of all eight Congress candidates in the district, and chief minister Siddaramaiah in the neighbouring Mysuru district (Chamundeshwari).