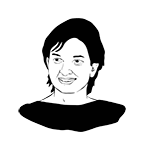 Congress' Jyoti Mirdha, a former MP from Nagaur, is up against BJP-backed Hanuman Beniwal, who enjoys support from the Jat community. Mirdha, however, has been pitching herself as 'daughter of the soil' in her campaign rallies in Nagaur.

Beniwal had earlier held talks with Congress, but later announced a tie-up with the BJP. The talks between Beniwal and Congress broke down over the Jat leader's insistence to contest from the Nagaur seat, where Congress was in mood to cut Mirdha's ticket.
Locals say Nagaur will vote in Mirdha's favour as non-Jat votes will consolidate against BJP and Beniwal.