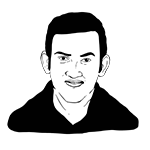 Gautam Gambhir is starting his political innings from East Delhi Lok Sabha seat on a BJP ticket, but he faces a difficult wicket. Up against him are AAP's popular candidate Atishi, who is credited with the revamp of Delhi government schools, and Congress' Arvinder Singh Lovely, an experienced Legislator with grasp of local issues and strong support base.

Gambhir's start has been shaky; he has faced multiple attacks from Atishi and has been pulled up for allegedly holding two voter IDs. He also declined Atishi's open challenge to debate on issues, saying he did not believe in 'debate and dharna'. But being a local, and a popular former cricketer who has often voiced his political opinions, Gambhir is a strong contender for East Delhi.

He has promised to turn the constituency, one of the least developed in the national capital, into an ideal one and he has also benefited from BJP's nationalism pitch.