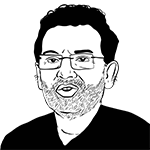 Upendra Kushwaha is contesting two Lok Sabha seats in Bihar this time, Karakat and Ujiarpur. Kushwaha, a sitting MP from Karakat, is up against JDU's Mahabali Singh, a close confidante of Nitish Kumar, on the seat. Kushwaha had won the seat by defeating his nearest rival Kanti Singh of RJD with a margin of over one lakh votes in previous election. Karakat has a sizable population of the Kuhswaha community as well ss the Yadavs. The seat also has considerable Muslim votes. Kushwaha thus holds an advantage in caste equations on the seat.