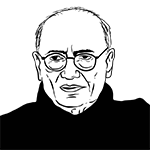 A veteran of Madhya Pradesh politics Digivijaya Singh stirred controversy when he skipped voting in Rajgarh and instead chose to track Bhopal, where he was contesting as the Congress candidate. Singh is up against terror accused Pragya Thakur, who is contesting on a BJP ticket. The saffron aprty has won the Bhopal seat since 1989 and has banked on a mixture Hindutva and nationalism to win again. Congress, on the other, hand, buoyed by their win in Assembly polls in December, is banking on local issues like farmer distress and unemployment. Thakur has called the Bhopal contest a 'Dharma Yudh' (religious war), labeling Singh as anti-Hindu.

Singh has been sent to breach the BJP bastion in Bhopal, but with the elections taking a saffron colour, it remains to be seen if he can pose a formidable challenge to Thakur.