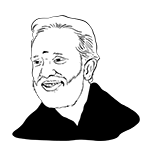 Thiruvananthapuram will not be an easy fight for Congress' Shashi Tharoor. BJP's Kummanam Rajasekharan is confident of his victory from the seat. BJP's candidate from the seat in 2014 had made considerable gains and gave Tharoor a nail-biting victory with a margin of just over 15,000 votes.

Rajasekharan is set to capitalise on that. The BJP is banking on support from the public over the Sabarimala issue and is hoping to open their account in the state. Thiruvananthapuram is their best bet. Rajasekharan also has close ties with the RSS and has served as the Governor of Mizoram. The Left front, which had slipped to third place on the seat in 2014, is fielding sitting MLA C Divakaran. With Left looking to cover lost ground and Rajasekharan and Tharoor locked in head-to-head battle, Thiruvananthapuram is poised for a triangular contest.