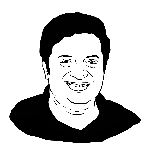 A veteran of the South Indian film industry and widely known for his villainous turns in popular Hindi films like 'Singham', 'Wanted' and 'Dabbangg 2', Prakash Raj is contesting 2019 Lok Sabha polls from the Bengaluru Central seat as an independent. Raj is espousing ‘alternate politics' that disregards the two major political parties, BJP and Congress, and maintains the country is ready for it. But, in his seat, he is locked in a three-way contest with BJP's sitting MP PC Mohan and Congress' Rizwan Arshad. Raj, a popular figure who has often spoken against the ruling BJP and its communal rhetoric, is likely to split the ‘secular vote' in the constituency. Congress has said the same, implying that Raj's candidature will in turn benefit the BJP. Raj has maintained his fight will be on local issues of the constituency.