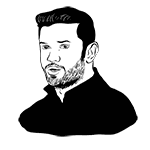 The former actor, Lok Janshakti Party (LJP) leader, and Ram Vilas Paswan's son made his electoral debut from Jamui in Bihar five years ago and won. Several star campaigners of the BJP held rallies in Jamui for Paswan and he won by a comfortable margin. However, altered caste dynamics could end up spoiling his sophomore bid. The young leader faces a tough rival in Rashtriya Lok Samata Party's Bhudeo Chaudhary, who had won the first general election that the constituency saw after it came into existence in 2008. The 59-year-old candidate from RLSP, a party led by Nitish Kumar's former associate Upendra Kushwaha, is banking on the support of the Kushwaha community, which has a sizeable presence in the district. Kushwaha's exit from the National Democratic Alliance (NDA) a few months ago and the BJP's inability to give a ticket to its state vice-president Samrat Chaudhary, who belongs to the community, from anywhere in Bihar is also likely to leave a dent.