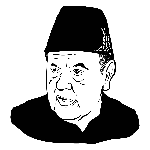 Farooq Abdullah, the chairman of Jammu and Kashmir National Conference, will be contesting from Srinagar for the Lok Sabha elections. Srinagar is going to the polls for the second time in two years, and Abdullah is contesting yet again. His last attempt in 2017 bypolls was discouraging as very few came out to root for him. The bypolls had recorded a dismal 7 percent voting, and was marred by widespread violence. This time, Abdullah has promised that he will not allow scrapping of 35A and 370. An MBBS degree holder, Abdullah's government in Kashmir came under harsh criticism in late 1980s for not being able to ebb the rise in militancy in the state.