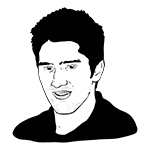 Vijendra Singh, professional boxer and Olympic bronze medalist, is up against AAP's Raghav Chadha and BJP's Ramesh Bidhuri in his first political bout.

Congress would be hoping that Singh, a Jat from neighboring Bhiwani, Harayana, would polarize community votes in his favour; South Delhi has a sizable Jat population. Bidhuri, a Gujjar, would in turn galvanise Gujjars in his favour.

Singh is also a poplar celebrity and a campaign push from Priyanka Gandhi is likely to help him as well.