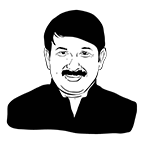 Manoj Tiwari, popular singer and actor, is the incumbent BJP MP from North East Delhi and also the Delhi BJP chief. Riding a Modi wave, Tiwari had beaten AAP candidate Anand Kumar by a margin of over 1 lakh votes in 2014 Lok Sabha polls.

Tiwari has banked on star power for his campaign, with actor Suniel Shetty and singer Sapna Choudhary both featuring in his rallies. A Purvanchali himself, Tiwari is likely to absorb a sizable number of Purvanchali votes in the seat.