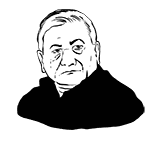 Former army chief and junior minister in the External Affairs Ministry is pitted against Congress’s Dolly Sharma and gathbandhan candidate Suresh Bansal from Ghaziabad in western Uttar Pradesh. Though Singh won convincingly in 2014, he still carries around the ‘outseide’ tag in Ghaziabad, owing to his Haryana origins. The seat remains a stronghold for BJP, with a large vote bank of Brahmin and Baniya voters in the constituency. However, the seat is also home to 6 lakh people from SC communities and 5.5 lakh Muslims, who are likely to sway toward the SP-BSP combine. The Jat vote could become the deciding factor. Congress’ Dolly Sharma, who is a 34-year-old MBA graduate, is banking on her local presence.