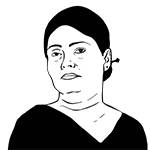 Minister of State for Health and Family Welfare and incumbent MP from Mirzapur, Anupriya Patel is up against Lalitesh Tripathi of the UPA and SP candidate Ram Charitra Nishad. SP had earlier fielded Rajendra S Vind from the seat, but replaced him with Nishad when the leader quit BJP to join SPO. In Mirzapur seat, Kurmis are the dominant community and Nishad and Binds are also influential. Apna Dal, a BJP ally, would be hoping to retain the seat, but that depends on caste equations. With the SP fielding a Nishad candidate, the votes from the community is likely to go in his favour.